Revive has become an official partner of California Association of Realtors!
Dismiss 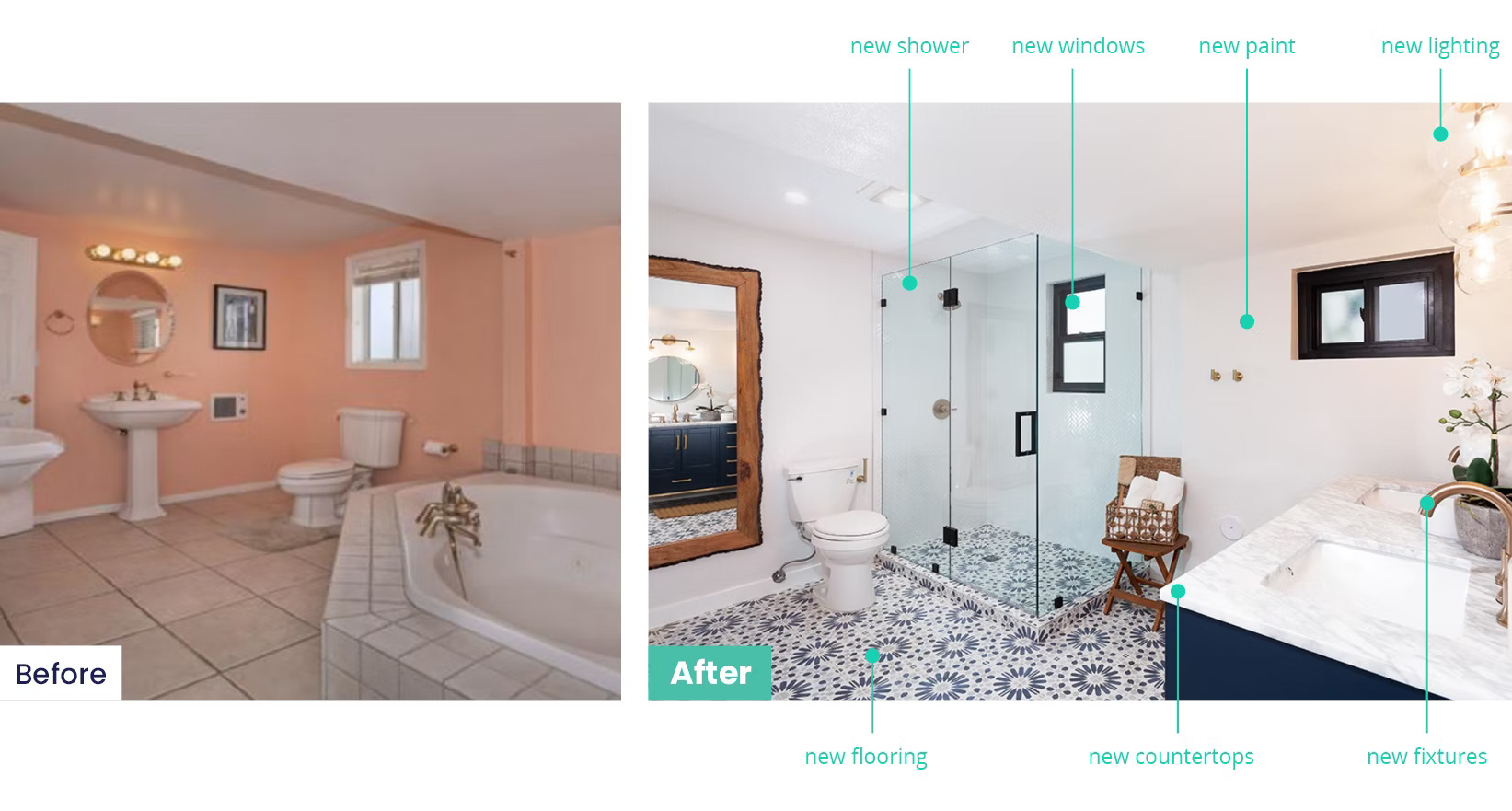 Modern house flipping can be traced back to the autumn of 1960, when President Dwight D. Eisenhower signed Real Estate Investment Trusts (REITs) into law. Believe it or not, the legislation creating REITs was tucked into the Cigar Excise Tax Extension Act. For the first time ever, a broad base of investors could now pool resources for real estate projects, specifically commercial real estate development. In effect, REITS gave birth to the democratization of real estate investment.

Modern house flipping can be traced back to the autumn of 1960, when President Dwight D. Eisenhower signed Real Estate Investment Trusts (REITs) into law. Believe it or not, the legislation creating REITs was tucked into the Cigar Excise Tax Extension Act.

For the first time ever, a broad base of investors could now pool resources for real estate projects, specifically commercial real estate development. In effect, REITS gave birth to the democratization of real estate investment.

Everyday investors could now participate in a huge asset class that was previously exclusive to wealthy corporations.

REITS provided increased attention on real estate as an overall investment, expanded the investment opportunities, and had a knock-on impact on residential real estate.

‍Jump ahead to the 1980s, which gave rise to a home improvement frenzy. The man behind the craze was Bob Vila. In 1978, he won the Better Homes and Gardens "Heritage House of 1978" award for restoring a Victorian Italianate-style home.

Because of his impact on our culture at the time, it’s not far-fetched to consider Bob the father of house flipping. In 1979, the PBS television show This Old House debuted with Vila as its first-ever host. Focusing on home renovation—typically of older houses of modest size and value—the popular program involved homeowners participating by providing work assistance, or “sweat equity.”

The program popularized the idea of home improvement, exposing millions of consumers to an “under the hood” look at home renovation. In addition, This Old House spawned dozens of imitations and other related home-improvement shows on cable and network TV.

It’s no coincidence that the summer before the show began, the first Home Depot opened the doors of its first two stores. By 1989, it was the largest home improvement store in the US, bypassing Lowes (operating since 1921). The popularity of the home improvement projects that fueled Home Depot’s growth forced Lowes to change to a big-box model to survive.

‍The 1980s gave rise to 18.5% mortgage rates and a huge spike in foreclosures, which offered capital-enriched investors the ability to purchase a home at well under its after-repair value (ARV). The industry rule-of-thumb for house flippers was to pay no more than 70% of a home’s ARV.

When buying a home to flip, investors estimate what they believe the property will sell for after renovating it. To calculate the purchase price target, flippers multiply the anticipated sales price by 70%, and then subtract renovation costs.

For example, in 2019, the US foreclosure rate hit a record low of 0.36% of all US housing units. However, that still represents nearly a half-million units in foreclosure.

More importantly, it is not just foreclosures that have untapped value. Most homes being sold often have the potential for a higher price—and a higher return—after proper repairs and renovations.

Internal research at Revive indicates that when a home is sold "as is," some 15% to 20% of the value remains on the table. If the house were renovated, our research also shows that the average homeowner could increase their net proceeds by an average of $186,000. In higher-priced markets such as California, average net proceeds are significantly higher. That’s a huge amount of money that most homeowners leave on the table.

But flipping is not for everyone—at least not yet. Without experience, the risks are significant, and even the savviest flipper can find themselves upside down from forces beyond their control.

House flipping is a stressful, intense, hands-on investment that takes capital and liquidity, the ability to endure delays, and the skills (or ready and reliable access to the skills) required for the remodeling. It also needs the project management skills, tech, and perfected processes to succeed financially.

HOUSE FLIPPING FOR ALL

‍In Southern California, entrepreneur Michael Alladawi (Revive co-founder) helped his family diversify their investments from banks into the safe haven of real estate when the US financial crisis hit in 2008. An abundance of foreclosed single-family homes were auctioned off on courthouse steps and Michael saw an opportunity to fix and flip.

After watching his friends and family struggle with home remodeling projects, he saw a huge gap in the home renovation industry and decided to do something about it. Michael knew that average homeowners desired the benefits of flipping their own homes, but many lacked the knowledge of what features to improve, the experience and skills, or access to the required capital.

It wasn’t until 2019 that Michael believed that he could democratize house flipping with the right technology. That’s when we connected. Michael wanted to see what it would take to create the technology infrastructure to scale his home flipping business model. He tracked me down and after showing him what was needed, I eventually offered to partner with him and grow Revive to take his house flipping mainstream.

BUILDING UPON A TREND

‍Both iBuyers and the newer Power Buyers category have proved they are not fads. By the end of 2021, iBuyers accounted for almost 120,000 transactions, or 1.3% of the market. Likewise, Power Buyers are growing exponentially, with leading firms reporting 200% to 500% growth in their business in 2022. But there’s another even more compelling way to sell.

In October 2018, Compass launched a “concierge” program in the 22 markets it served. A year earlier, Redfin had debuted a similar concierge service in Los Angeles and DC.

Compass’ revolutionary concept was the game-changer: Compass would provide the funds for home staging and improvements, getting paid back only when the house is sold—just like a house flipper.

But the Compass strategy focused on the financial part. The harder challenge was replicating the tenacity and grit of flippers, which is required to hire contractors and manage their work, while handling the delays and surprises that come with flipping houses.

We envisioned a solution that would expand what Compass did so that any brokerage, agent, and homeowner could emulate the home flipper model: Maximize the property's value to get the home's highest price possible. That solution became Revive—and it doesn't put a cap on the renovation amount. If a $300,000 renovation of the right improvements will bring in the best return, then that’s the right spend. It’s what a house flipper would do.

‍Two words will drive the growing popularity of presale renovations: wealth creation. Like a house flipper, sellers can reap all the benefits of maximizing the value of their home, but with none of the hassles or risks.

According to Redfin, a record number of US homes—six million properties—are worth at least $1 million or more, almost doubling from 3.5 million properties pre-pandemic. In the largest real estate market in the US, California, the percentage of new homes worth $1 million or more is astounding. In San Francisco, it’s 89% of all homes. In San Jose, it’s 86%, and in Anaheim and Oakland, it sits at 55%.

As the market changes, brokerages must provide their agents with access to every tool available to offer their buyers and sellers. As the Concierge category expands its reach geographically, so will demand as homeowners embrace a new way to unlock previously untapped wealth. The potential of additional annual wealth creation is staggering. Every year, some five-to-six million existing-home sales occur. If just 5% of these homes chose a presale renovation, total seller wealth would increase by tens of billions of dollars.

Estimates suggest that real estate agents could earn more than $1.4 billion in additional real estate commissions. If a brokerage nets 0.5% of the sale, that's an additional $280 million in revenue from presale renovations alone.

Like the world of commercial real estate investing before REITs, presale renovations for ordinary homeowners to flip their home were also limited.

The emergence of the Concierge category enables the fixing and flipping of homes with minimum risk, capital, and effort—while maximizing the value of a home being ready for sale. It’s a revolutionary change in the selling of homes—a change that sellers, agents, and brokerages will welcome. And I couldn’t be more jazzed about it.

written with intention by 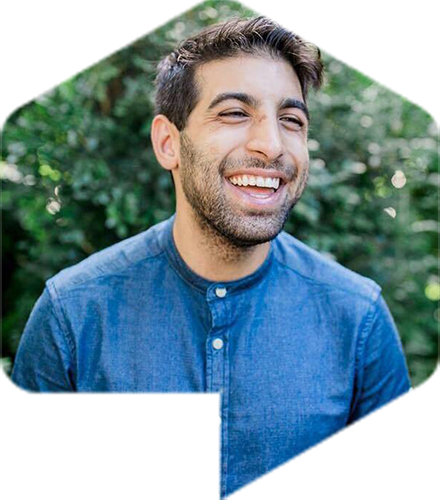 Intrigued?
See how we can help.

Implement smart renovations to sell a home for max profit.
No money out of pocket.
See how it works

Increase your client's chances of winning their home by 290%.
Use our cash, be a hero.
See how it works
Schedule intro call
Submit client request

Success
Thank you! Your submission has been received!